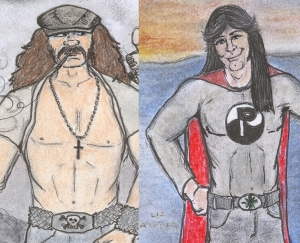 Pumpkinhead spun around at the foot of the bed to face his older brother, Mahdakis, “So here’s how it works; every Friday at the end of the month, you go up to NYU.”

“But what if the last day of the month doesn’t fall on a Friday?”

“It doesn’t matter. Just go on the last Friday of every month!”

“How long are you going to be locked in this asylum?”

“Not much longer so you’ll probably only be doing this one time. But you gotta unload the shit for me.”

“You’ll go to the Rubin dorm or Rubin Hall; something like that. It’s on Fifth Ave. Ask for Black Tom. He knows to look out for you. He’s really cool and mellow.”

“And black. Now, he’s gonna sell you the shit. You’re going to buy a pound of bud. Make sure it’s good bud and not shake. Black Tom won’t jerk you around and he usually gets nice stuff, but just make sure.”

“Say what? Where the fuck am I going to get that kind of money?”

“Jesus Christ! Calm the fuck down, man. Don’t you have a job or something?”

“Well un-fuckin’ tie it because you have to understand that while twelve-hundred may sound like a lot, you’ll be selling ounces at two-hundred dollars!”

“And there’s …uh….sixteen ounces in a pound?”

“Yeah man, like a two-thousand dollar profit if you don’t use any yourself. You have the capacity to make even more by selling it in small nickel and dime quantities.”

“You must be rolling in the dough by now.”

“Not really man, I got the car payments and the insurance…”

“That’s it though. You got nothing else. Where’s all your money?”

“It’s rough man because we spend twelve or fifteen hundred on a pound sometimes and then end up selling just about the same amount. We break even more times than not.”

“That doesn’t even make sense. You should be making an extra two thousand or so off each deal.”

“Right. But then we need to set aside twelve more for the next buy.”

“So you should have two thousand in your hand.”

“You smoke all your profits?”

Mahdakis stood staring at his brother in disbelief, “What’s the matter with you, man? You were always so good with money.”

“I am good with money. I’m just not good with pot.”

“Hey man, stop raggin’ on me dude. It pays for itself and the gas to get to and from places, man.”

“So you and Black Tom smoke a half pound in a month? You smoke half your investment?”

“What if you bought twice as much? Two pounds instead of one?”

“What good would that do?”

“Then you’d be able to have another pound and a half while still having the other half pound for recreation.”

“How do you figure?”

“Because it’s two pounds instead of one.”

“Half of two pounds is one pound. We’d be smoking an entire pound instead of just half.”

“But you wouldn’t have to!”

“Because we smoke half. That’s how it goes!”

“But that’s what we do! You said so yourself. If we didn’t smoke half then we wouldn’t be having this conversation right now. All buying two pounds is gonna do is create more for us to smoke and generate more of a profit loss!” 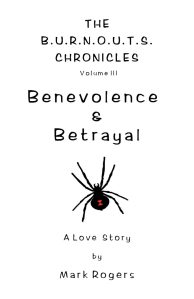 In Case You Were Too Stoned
(A Retrospective)

This site uses Akismet to reduce spam. Learn how your comment data is processed.